Celtic won the League Championship in season 1914-15 for the second year running but, for the 5th consecutive year found trouble in the Glasgow Cup, losing 0-2 to Clyde in the first round. The Scottish Cup had been suspended for the duration of the war, of course, which made the two Glasgow competitions – the Glasgow and Charity Cups – all the more important.

Having seen their team disappoint in the Glasgow Cup, the Celtic support was looking for better fortune in the Charity Cup and the campaign got off to a good start with a 2-1 win over Queen’s Park in round one. That put Celtic into the semi-final, where Partick Thistle gave then a tough contest at Firhill before the Hoops went through on the rather quaint system used in this competition to decide drawn matches, winning the tie by one goal and four corners to one goal and three corners.

Rangers were the opponents in the final on this day in 1915 at Hampden, with 25,000 managing or, because of war-time conditions, even being allowed to attend. The Celtic side was Shaw, McNair, Dodds, Young, Johnstone, McMaster, McAtee, Gallacher, McColl, McMenemy and Browning.

There was plenty of enthusiasm in this match, certainly too much bad temper and some indifferent football. Rangers opened well with the wind behind them and although Dodds scored the opener in 12 minutes much against the run of play, Rangers replied twice before the interval to go 2-1 up.

Celtic had played the tactical game in the first half against the wind, slowing the game down, taking plenty of time with corners, goal kicks etc. Not unexpectedly, the Light Blues did the same in the second half but Celtic kept pressing, got an equaliser from John Browning and a then a winner from Jimmy McMenemy two minutes from the end.

It was a deserved triumph. Rangers at their best were as good as Celtic but the latter lasted better.

NB When Jimmy McColl came into the Celtic first team in 1913, he had a big job on his hands. His predecessor Jimmy Quinn had been such a huge star for the club that anyone with the un-enviable task of replacing him was on a hiding to nothing. In contrast to Quinn, McColl looked frail but appearances were deceptive and he went on to amass an excellent record in the centre-forward role, scoring 123 goals in 169 appearances, a tally which compared well to Quinn’s 216 goals in 331 matches.

On this day in 1963, a crowd of 129,527 had packed into Hampden to watch the Scottish Cup Final. It was a large crowd but then, it was a most unusual occasion, the first time that Celtic and Rangers had met at that stage of the competition since 1928.

Considering that, between 1928 and 1963, Rangers had won the Scottish Cup 12 times and Celtic on five occasions, it does seem remarkable that the two teams had never met at the final stage. However, while such details might have been of interest to football statisticians, the dedicated supporter of both sides was just desperate for a win to put one over the old enemy.

The teams on the day were;-

On a rainy and windy afternoon, both teams gave their all but what most supporters later remembered about the match was the performance of Frank Haffey in Celtic’s goal. Time and again he thwarted the Rangers forwards, his second half diversion of a fierce shot by Ralph Brand possibly the best of the many he made. 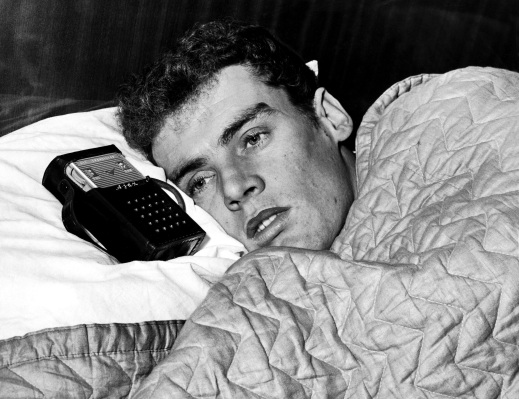 Both goals came just before the interval, Brand for Rangers in the 43rd minute and Bobby Murdoch for Celtic just on the half-time whistle. However, while the game finished in a draw, most reports in the press suggested that Rangers were the better-moving side and might be a good bet for the replay 10 days hence.

NB The ‘Brogan’ at outside-left for Celtic was Frank Brogan, the older brother of Jim, who was also at Celtic Park at this time. Frank was at Celtic Park from 1960 to 1964, scoring 17 goals in 48 appearances. One of the goals put him into the Celtic history books, Frank scoring the club’s 5000th league goal.

The first few years of the decade of the 1960s had not been successful ones for Celtic. Indeed, the last time they had won one of the three major domestic trophies was in 1957, the 7-1 victory over Rangers in the final of the League Cup. So, when the Celts went on a fine run in the European Cup-winners’ Cup in season 1963-64, it was not only a surprise to many in Scottish football but also to their most dedicated fans.

Celtic were only in the competition in the first place because they had lost to Rangers in the final of the Scottish Cup the previous season and as the Light Blues also picked up the League title and thus qualified for the European Cup, it left a place for Celtic in the lesser tournament.

In round one, the Hoops beat Basle of Switzerland 10-1 on aggregate; in round two, Dinamo Zagreb of Yugoslavia were dispatched 4-2; while in the quarter-final, it was the turn of Slovan Bratislava of Czechoslovakia to fall to the Scots by 2-0. That put Celtic into the semi-finals and a tie against MTK Budapest, the first leg of which, in Glasgow, ended in a very comfortable 3-0 win for the home side, the goals coming from Jimmy Johnstone and Stevie Chalmers (2). 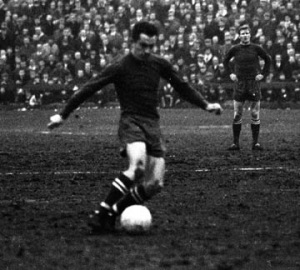 The result put Celtic into a very fine position for the return leg in Hungary and it was a pretty confident party which travelled to Budapest for the second match. Then somebody behind the scenes made an almost unbelievable decision.

At some point before the return leg, held on this day in 1964 – and don’t forget Celtic were sitting on a 3-goal lead – ‘somebody’ from the directorial or managerial staff told the players that they had a duty to go out and show the Hungarians just how well a Scottish team could play football. The Celtic eleven – Fallon, Young, Gemmell, Clark, McNeill, Kennedy, Johnstone, Murdoch, Chalmers, Gallagher and Hughes – tried to do as they had been advised but their rather open system left spaces for MTK to take advantage of and this they truly did, going on the win the leg 4-0 and the tie 4-3!

NB Towards the end of that season and during the summer, there were some changes in the playing staff. In April, John MacNamee had been transferred to Hibs for £17,000; in the same month, Billy Price was given a free transfer; in June, Frank Brogan moved to Ipswich for £12,000 and Paddy Turner crossed the Irish Sea to Glentoran for £1000.

This match was played on this day in 1997 in truly atrocious conditions.

This was a huge occasion for Celtic. It was the club’s last chance to pick up a trophy during that season of 1996/97, which frankly had been a disappointing one. Celtic had finished second in the league behind Rangers; had been knocked out of the League Cup at the quarter-final stage by Hearts; and had made an early exit in the UEFA Cup at the hands of Hamburg.

The Celtic team on the day was Kerr, Boyd, McKinlay, MacNamara, Stubbs, O’Donnell, Di Canio, Hannah, Donnelly, Thom, Cadete; and both sides took to the field in poor conditions, a heavy wind and a slippy, unpredictable pitch. The surface made life difficult for everyone, Stuart Kerr being tested early on when dealing with firstly, a high cross and then a fierce shot.

Paolo Di Canio was the main Celt, his talent shining like a beacon through the gloom. However, the crucial strike was made by Falkirk and it arrived as early as the 19th minute. A long, diagonal cross fell at the feet of inside-forward David Hagen, his miss-hit shot rose into the air and Paul McGrillan was able to send a looping header in a perfect arc over Stuart Kerr. From then on, the match was fairly even, even if the quality of play was poor, although Falkirk came close to a second when outside-right Scott MacKenzie hit the post with a shot.

This result was a real blow to everyone connected with Celtic. It meant not only another season without a trophy, it was also the 2nd time in 3 years that Celtic had lost to 1st Division opposition at Ibrox. By that time, Tommy Burns had been in charge for three years, had spent 15 million on new players and only won one trophy, the Scottish Cup against Airdrie, another First Division side. Six months earlier, Celtic had lost to Raith Rovers in the League Cup final.

NB If we exclude the 1940s, six years of which were interrupted by the 2nd World War, the 1990s was the poorest of the 11 full decades thus far in Celtic’s history. The figures apply to victories in the two major domestic trophies until the 1930s and then three trophies from then on;

On this day in 1966, several thousand Celtic fans were making their way by train or car to Liverpool, where in the evening their heroes would be facing the Reds in the second leg of a semi-final of the European Cup- Winners’ Cup.

This was the 2nd time in 3 seasons that the Hoops had reached this stage of the competition and their fans were very keen – and expectant – that the team would go through to the final, especially as they were carrying a one-goal lead from the first leg. 54,000 was the official attendance and the Celtic eleven was Simpson, Young, Gemmell, Murdoch, McNeill, Clark, Lennox, McBride, Chalmers, Auld and Hughes.

Liverpool obviously needed to score and went about trying to do so in a very positive manner, Celtic for the first hour putting up an excellent rearguard resistance to preserve their lead. Then the roof fell in. Goals by Tommy Smith (60) and Geoff Strong (65) sent the home fans into raptures and as Celtic tried to make more of an impression on the game in attack, the Reds defence showed that it could also be more than adequate in protecting its goal.

However, the match ended in controversy. Just before the final whistle, Celtic got the ball in the net thanks to a Bobby Lennox dash through the middle and fine shot. To the horror of the Celtic fans, though, the linesman’s flag was up, the goal was dis-allowed and Liverpool went though to the final on a 2-1 aggregate. 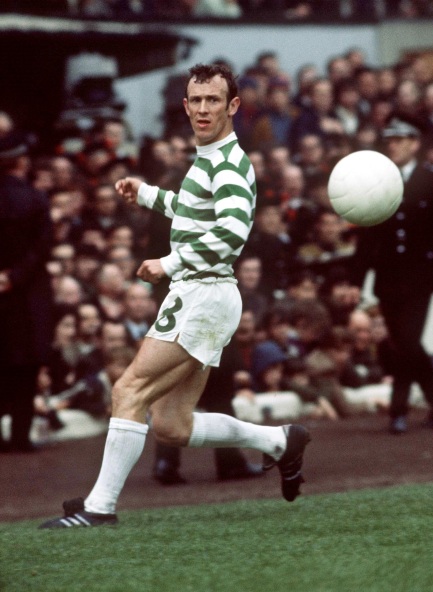 NB In the other semi-final, Borussia Dortmund beat West Ham United 5-2l. Rather ironically, this final match was played at Hampden Park before a crowd of 41,000 and the West Germans and Liverpool played out a 1-1 draw, putting the game into extra-time. In the 109th minute, though, Libuda scored the crucial goal which gave Borussia Dortmund a 2-1 win, the club becoming the first from West Germany to win this particular trophy.